By Peter Scharpe
For WWCC

CLEAR LAKE, Wis. — Just hearing about how to do something has its limits. Sometimes you need to see for yourself.

That what local farmers did on July 15 at a Western Wisconsin Conservation Council (WWCC) field day at Friendshuh Family Farms in Clear Lake. Greg Friendshuh explained the no-till and cover crop practices he has implemented on his corn-on-corn field.

“We’ve got a test hole dug, so we’re going to walk down to see what kind of soil structure we have and take a look at what the roots are doing. Then, we can look above ground to see some of the remnants of the conservation practices that have been done out here,” said Friendshuh, a board member of the farmer-led watershed conservation group, which is active in a five-county area.

Friendshuh started cover cropping and other conservation practices about 10 years ago. His goal was to ensure that the field he farms today will be viable and productive for his children to continue to farm.

The field that was the subject of discussion during the field day has been planted with corn for silage for five years, receiving low-disturbance manure injection every fall. It was four years ago that Friendshuh implemented cover crops and no-till on this field.

“In the spring, we’re trying to let our cover crops grow a little bit longer to try to gain more carbon,” he said. “It’s kind of an experiment out here to try to get yields and sequester carbon at the same time.”

The rye was about knee high when the corn was planted into it. Greg has a goal of reaching shoulder high rye grass in the spring and planting into that. He and his agronomist have differing thoughts on when the rye should be killed, but Greg prefers to let it grow as long as he can.

There is some concern with the corn starting off a little hindered by the standing rye, but in most years, the crop catches back up in the summer months.

Cover crops have been known to shine during wet years. Infiltration is improved allowing water to soak into the ground faster and the mat of cover crops on the soil provides structure, preventing mud.

During a dry year, the mat from the decaying rye grass protects the soil and holds moisture in. The rye material also remains in the field longer since it is too dry for the earthworms and other organisms to come to the surface and eat the material.

Despite the dry weather, there is still moisture in Greg’s field and could be seen in the soil pit that was dug.

“There’s moisture 4 feet down, there’s roots that go that deep, the soil structure up in the topsoil looks favorable though it is crispy dry,” he said.

Time will tell how the field performs as far as yield, but as of the middle of July the corn looked like it was doing well, with no dry spots.

WWCC will host another field day at 7 p.m. on Aug. 19. Details will be released later on the group’s website, westernwisconservation.org. 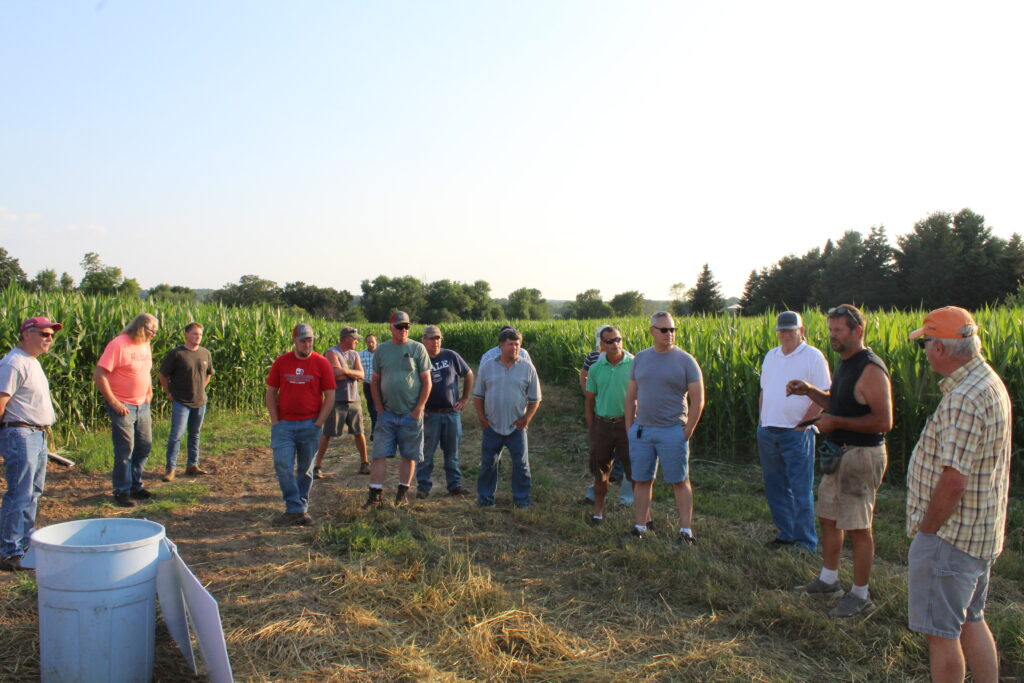 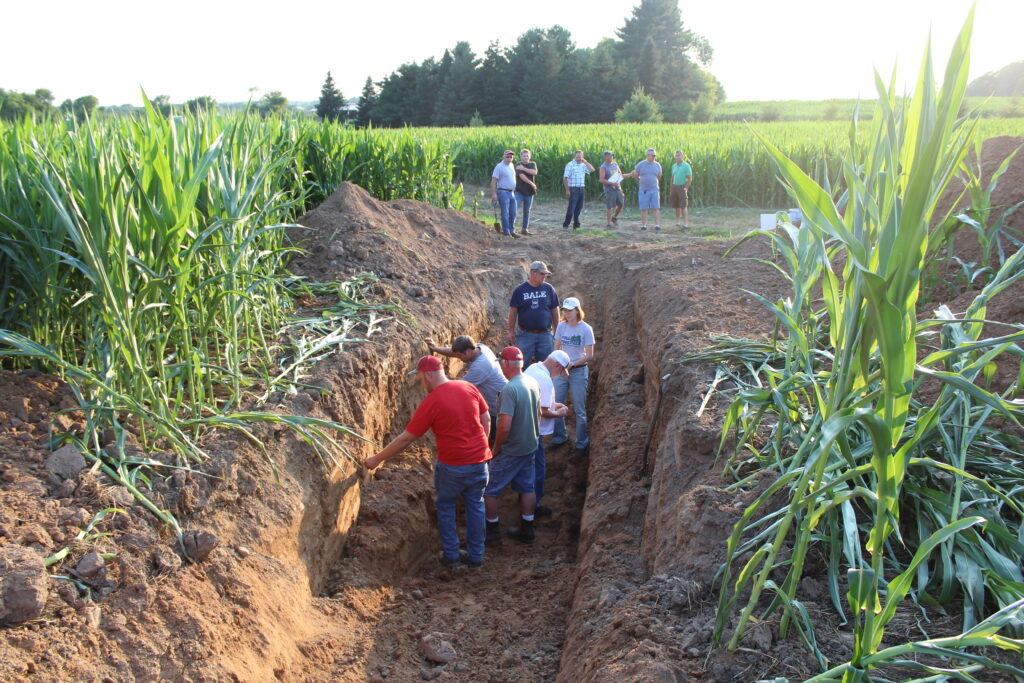